When’s the best time to go on a ski holiday in Europe?

10 times assessed: from pre-Christmas to Easter

When you first see those peaks rise on the horizon like a cluster of skyscrapers you get the sense, almost immediately, that the mountains are a magical place: mesmerising scenery, fresh air and, my favourite: a silence that seems unachievable elsewhere. Summer is lovely with its colours and its life and its sunshine but winter is when I really like to go to the mountains for the simple reason that I love, love, love skiing.

And, since you’re here, maybe you do too. But when’s the best time to go?

It is a question that we often get asked and it is not a question to which there is a universal answer because it depends on what you’re looking for.

To help, here are ten times you can go skiing and the advantages and disadvantages of each…

Choosing a pre-Xmas week in a lower resort is like placing a bet on a 50-1 outsider in the National: you take your chances with the snow but, if it comes in, you will have bagged yourself a Brucey Bonus – a super-cheap week with barely another soul on the slopes! Not only that but you can also check-out of Christmas back at home with its constant rain, christmas songs, TV repeats, and cheery folk with faces like apples! 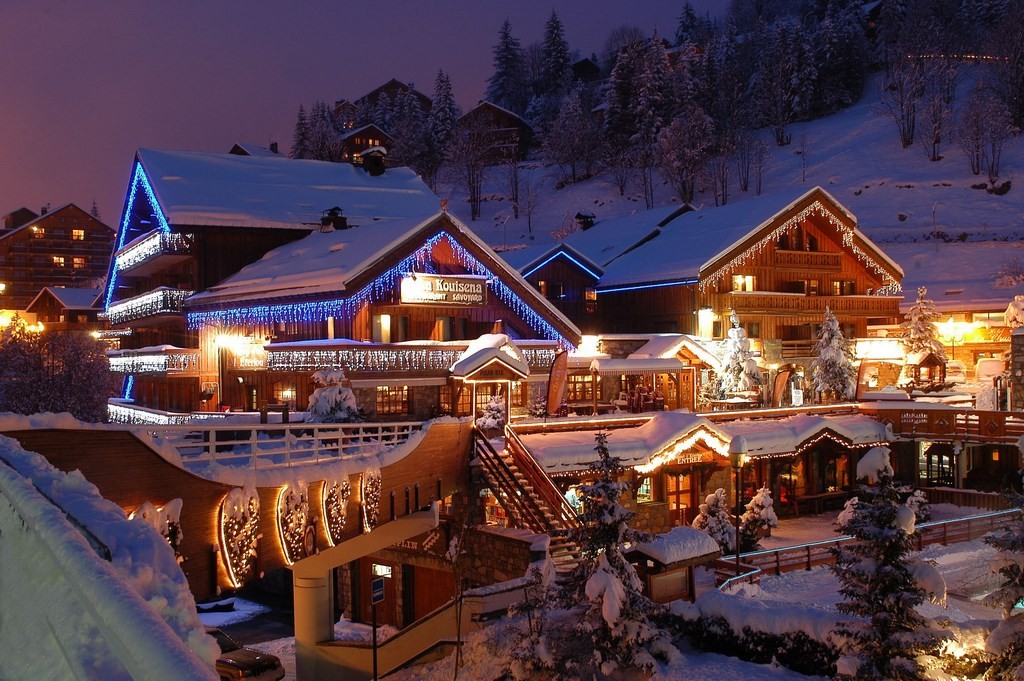 My children, Jackson and Campbell, love going out at Christmas. It’s all about the kids at this time of year and ski resorts do Christmas very well. They really go to town with the lights and the decorations and the food and the drink (and hopefully the snow). Skiing on Christmas Day is a novelty and many skiers are in fancy-dress too (count the number of Santa Claus’s you see!). The atmosphere is magical and you should get a bona-fide White Christmas too!

The New Year week is also very popular and, along with February half-term, tends to be the most expensive week of the season. The Christmas lights and decorations are still up but the party is only about to start – all the bars and restaurants have parties every night. But you’ll pay for it, in terms of spends as well as hangovers!

Because of the sense that the party is now over, the weeks through early- to mid-January tend to be quieter. This is not helped by the fact that January is the coldest month! But – let’s not forget that “cold” can often mean snow and January is also the cheapest time to go skiing (if you ignore the first and last weeks of the season). So, those that like value for money and a good deal will be out on force on the slopes! And they will have plenty of space too as the slopes tend to be sparse of skiers…

Most British Schools have the same week for February half-term but French Schools stagger it per three “regions” meaning that, in a normal year, some schools from somewhere are on holiday for four weeks starting the second week in February and ending after the first week in March.

With its school holidays, high snowfall and increasingly longer days, February is the most important month in the ski calendar but during this time bear in mind that prices for accommodation and flights are high. The slopes, restaurants, ski schools, and childcare providers are also busy.

The UK half-term week (note: for 2019, this is 16th to 23rd February) is the busiest and most expensive of all these weeks when demand outstrips supply. Some people, such as teachers, can’t avoid going at this time but snow conditions are usually great!

Book your flights, transfers, accommodation, ski lessons, ski hire, childcare and restaurants as early as possible to avoid disappointment though.

The second week in March is when it all calms down and this week is another of our top tips. If the snow falls heavily through February, like history suggests, the snow-base in early- to mid-March will be at its deepest and so ski conditions tend to be near their peak.

And with the School holidays now finished, the slopes are quieter and the prices have fallen. Add to that the sense that the arrival of March usually spends an end to the coldest of the winter weather – and sunny bluebird days are not so infrequent. 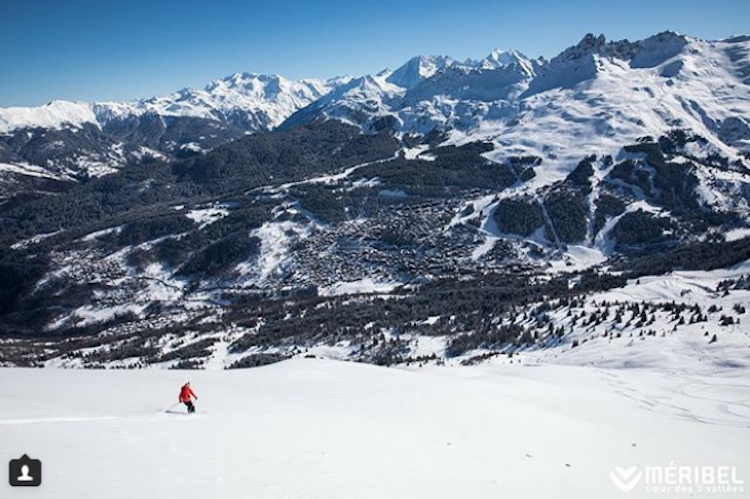 Photo of Meribel in March 2018 from Meribel3Vallees on Instagram.

The weeks through mid to late-March (before Easter) tend, like those in early- to mid-January, to be less popular but it is still a lovely time to be in the mountains with a good snow-pack and less inclement weather.

It is at this time of year that we often see the post-hibernation emergence of the genus known as Bargainus Hunterus! It is worth noting that the popularity of these weeks depends on the snow forecast but there does seem to be a recent trend for the season finishing later in the year (see photo from March 2018, above). So, recently these weeks have become more sought-after.

But my favourite time to go skiing is at Easter.

Typically, the family and I up-sticks for a week and de-camp to Méribel at this time of year. Yes, the snow is a little slushy in the afternoon and no we are not going to vastly improve our skills at skiing powder but you can dispense of the jacket and thick gloves, you can enjoy the sun on your bones and the apres-ski in the sun at the end of a day on the slopes is such fun!

Prices for the second week of Easter School holidays are also the lowest of all the School Holiday weeks. You take your chances on the snow but as long as the resort has good snow cannon coverage, good apres and good off-snow activities you are going to have a nice time!

So there’s no best time per-se – it really depends on what you like and your situation. But The Chalet Company has luxury and affordable options at all time of year – and you’ll always get our legendary service too, whenever you go.

Find out more about our prices and availability here. There’s not much left earlier in the season but there are plenty of Phil’s favourite late-season weeks left!

What do I need to pack for a ski holiday?
Previous Entry
Luxury Pet-Friendly Ski Apartments!
Next Entry
The Chalet Company 2020. All rights reserved. Terms & Conditions.