Looking for something a bit different? Here are nine of the best-weirdest ski chalets that we’ve found on the web this week… 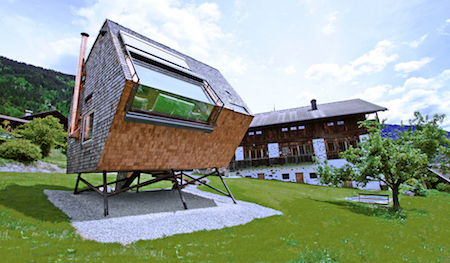 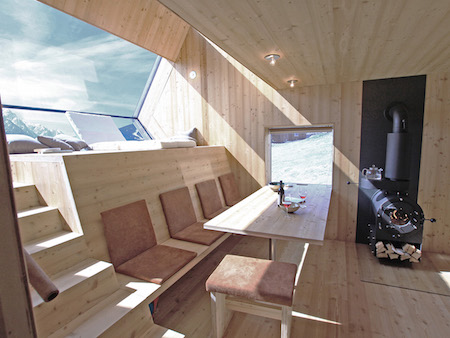 E.T phoned home and was possibly put through to this place in Nussdorf. Referred to by the Daily Star as ‘the coolest chalet in the world’ (so it must be then) this eco-friendly, War of The Worlds style holiday home in the Austrian Alps looks like it could take off on its spindly legs and chase you down the mountain firing a burning beam-of-death at you all the way.

Playfully taking its name from a combination of the words ‘UFO’ and ‘Vogel’ (Vogel means bird in German) Ufogel is set on structural stilts in a stunning green open space and is made almost entirely of wood, mostly pine.

For more information go to ufogel.at 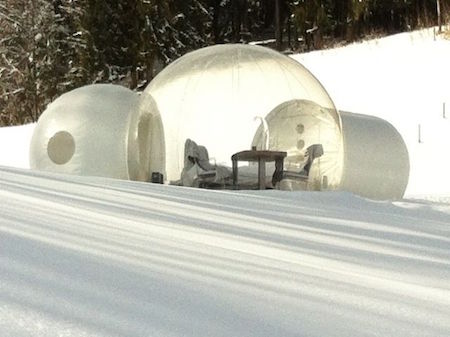 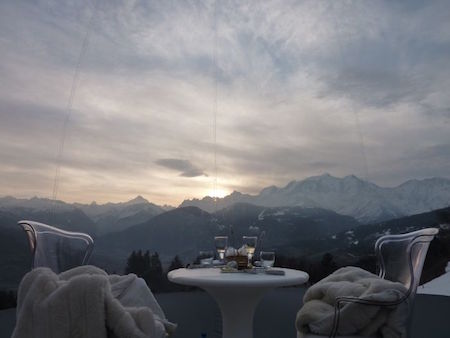 One for the Germaphobes (extreme fear of germs, not Germans), the resort of Combloux (Haute-Savoie) offers ski accommodation in an immense transparent bubble, facing the stunning Mont Blanc range. You can go to sleep watching the stars or snowflakes, while looking vaguely futuristic and eco-friendly at the same time. 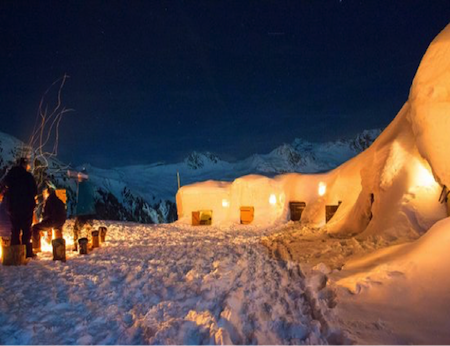 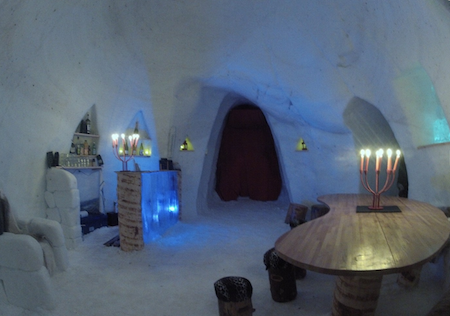 Looking for a romantic ski retreat with a difference? I-nuit! At the foot of the Meije Glacier in the Hautes-Alpes, 3,200m up (accessible by cable car), these comfortable igloos are equipped with mattresses, quilts and lighting – the perfect setting for all that nose rubbing you’ll be doing because, let’s face it, any kissing under the stars in these conditions would only end with your lips frozen together.

‘Igloo’ is in fact an Inuit word for any building that people live in. This means that technically you’re probably reading this in an igloo right now. But if you want to give one of these igloos a try, head over to the website http://www.blacksheep-igloo.com/ 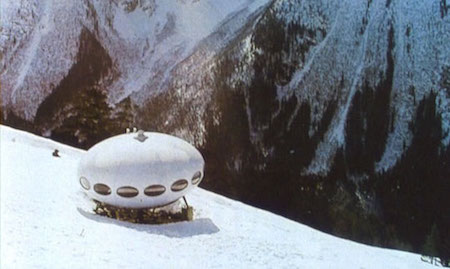 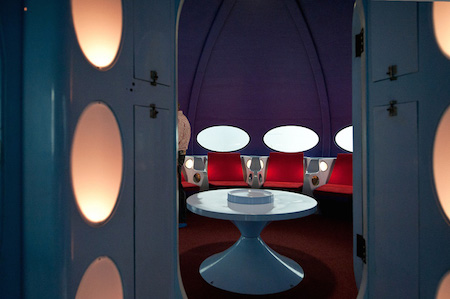 Alien spacecrafts, like aliens, always tend to look suspiciously alike. And if you were to think of an alien spacecraft then this is the stock image that your imagination would vomit: a classic flying saucer. But this one acts as a fully transportable ski chalet rather than a vessel that’d take you to the Andromeda Galaxy and back.

The building is actually known as the Futuro House. Fewer than 100 of them were built in post-war Finland in the late 1960s and 1970s. The idea was to provide a “universally transportable ski cabin” that would be “quick to heat and easy to construct in rough terrain.” Sounds a bit like a tent to us.

But to this day, several remain. And some still function– including the one pictured, top, which resides in Russia at the Hotel Teralka:

And here’s a little more information on the project on Wikipedia. 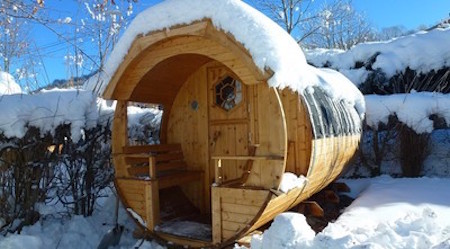 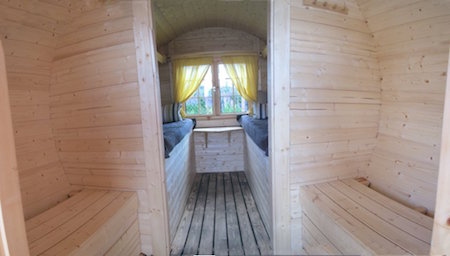 If you have the urge to go on a skiing holiday, roll with it. Camping des Blats has got you over a barrel. Well in one. In Auvergne, 7 km from the Lioran resort, you can sleep in a 4.5 metre-long Finnish barrel for two, complete with a dining area. You can also have a barrel of laughs in the sauna, which is also in a barrel. And now we’ve run out of the barrel jokes…

Bookings can be made here http://camping-des-blats.fr/

And now, some honourable mentions…

Father of four Mason Baston unveiled this unique holiday home in January 2015 for year-round, family travel in the mountains. Inside this deceptively spacious condo is a bunkroom for four children, working electrics, and a simple waste management system. Actually, to be fair, It looks totally shambolic but we do like the bubbly bit at the front.

A ski lift at the highest point of the exclusive French resort of Courchevel was recently turned into a trendy apartment as part of an Airbnb competition. Decent views but not for Vertigo sufferers – or those who need to use the toilet. 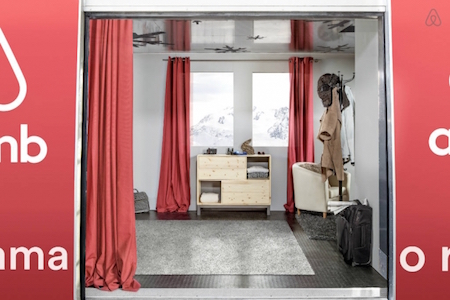 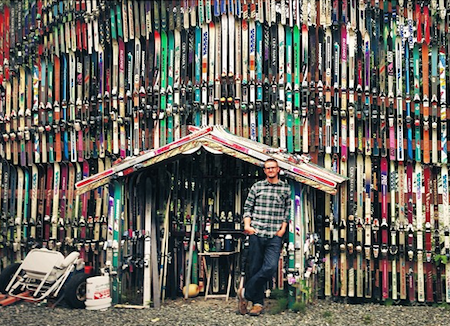 Not quite a ski chalet but it is a house made of oldskool skis. Why Not?

9. The Ski Chalet You Die For 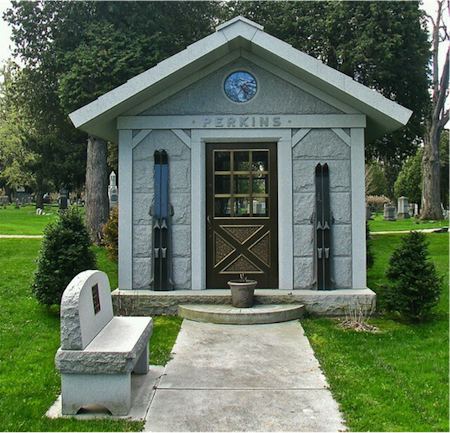 Yes it’s true! You too could be the proud owner of the timeshare of your life with this crypt in the shape of a ski chalet. Rest in piste (Sorry).

“I appreciate these ski chalets, but they’re a bit too strange for me”

Then take a look at our Catered Ski Chalets in Meribel – they’re not weird but they’re pretty nice and also very keenly priced!