Welcome to cake news – a lighter take on Fake News!

Your weekly antidote to the real-life-news… and a delve into what is going on up in the Alps?!

ALL THE GEAR, BUT NO IDEA… IS IT TRUE?

A study has strongly suggested that having all the gear, really does suggest you have no idea. Coincidentally, the same study also showed that very little gear also meant very little idea…

The piece of research, funded by outdoor and extreme sports brand Rockpack, was required to create a novel way of measuring how ‘good’ a skier or snowboarder is and dubbed it the ‘On-snow competence score’ (OCS). Someone’s OCS would improve with obvious skills like carving turns, proficiency in powder and pulling up to a stop without spraying your mates like a twat. However, the score also judged cultural and social intelligence on the snow: participants’ scores dropped when they dumped a chairlift bar down on other passengers’ heads; bragged loudly about incredible off-piste they once did; and/or sulked that Verbier had a better selection of Rosé up the mountain (among other items).

Once each skier or rider was allocated a score, they were interviewed about how much money they had spent on their gear in the past two seasons. (Boots, skis and boards were omitted from the data set, in order to keep things comparable where some participants rented equipment.) The gear included (but was not limited to) – socks, thermals, salopettes, mid-layers, jackets, hats, gloves, goggles, helmets. 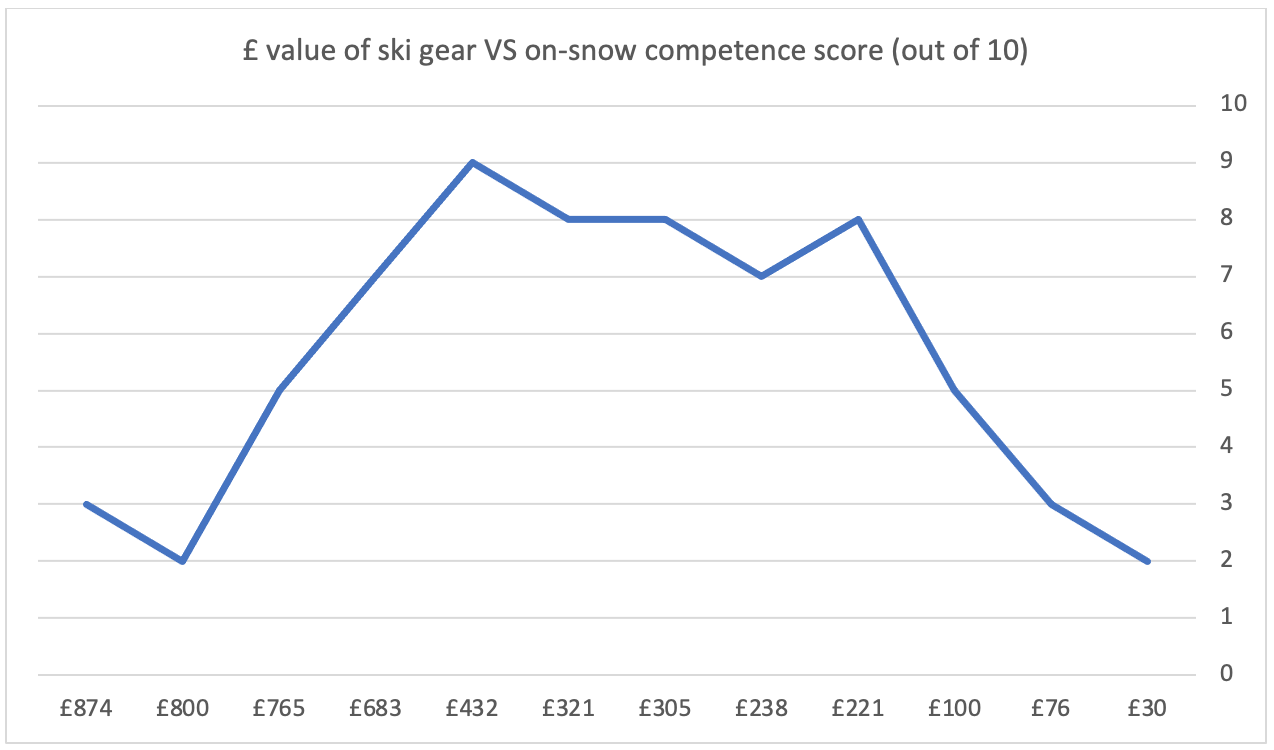 What is very clear from the results is that those who were totally hopeless on the slopes: taking out whole trains of helpless ski-schoolers, dropping poles/phones/gloves/credit cards from chairlifts etc, etc… tended to not spend much at all on their gear. These low-OCS participants borrowed from friends and repurposed where possible (jeans tucked into ski boots anyone?).

However, there was another set of low-OCS participants. This sub-set tended to sit spread-legged in the gondola, demand the expert skis from the hire shop, chant ‘why-are-we-waiting’ on a stopped chairlift, and stop for après at 2pm. The group spent hundreds of pounds on their Moncler, Canada Goose, Bogner, Spyder and KJUS outfits; their gloves were heated, their goggles pretty much had night vision.

As it turns out, you can buy all the gear and still definitely have no idea!

You won’t be surprised to learn that ‘Cake News’ is, in fact, Fake News.
The vast majority of these endorsements and statements are fabricated, satirical, ironic or fantastical. Please enjoy with a large pinch of salt.